LogIn For Fans
Login or register
Playoff preview: Metallurg vs Traktor Metallurg's players have not made hat-trick in playoffs for five years
March 30 2022 Press Service of HC "Metallurg"
378

Metallurg ousted defending champion Avangard from this season’s race for the Gagarin Cup. Vasily Koshechkin made 41 saves for his first shut-out of post season. Magnitka’s victory in game seven sets up an Eastern Conference final against South Urals neighbor Traktor.

The anticipated showdown never quite emerged in Magnitogorsk. After both teams traded goals and wins throughout the series, Metallurg was quick to lock down game seven in the first period. Two unanswered tallies in that session – the first just 2:45 into the action – put the home team in charge and Avangard was unable to hit back.

The first goal in Wednesday’s encounter was destined to set a new KHL record. In the previous six games, the teams had shared 47 goals, matching the most productive Gagarin Cup playoff series. Of course, with one more game to play, that record had to fall at some point before Traktor’s Eastern Conference final opponent was known.

And goal number 48 went to Andrei Chibisov, who claimed his third of the series. It came on the first power play of the evening when the Metallurg forward retrieved the puck after it was cleared into center ice, advanced into Avangard territory once more and, spurning two possible passes, fired a wrister that beat Simon Hrubec short side. More important than setting a record, it put Metallurg in front in this series decider, setting the stage for the home team to advance. 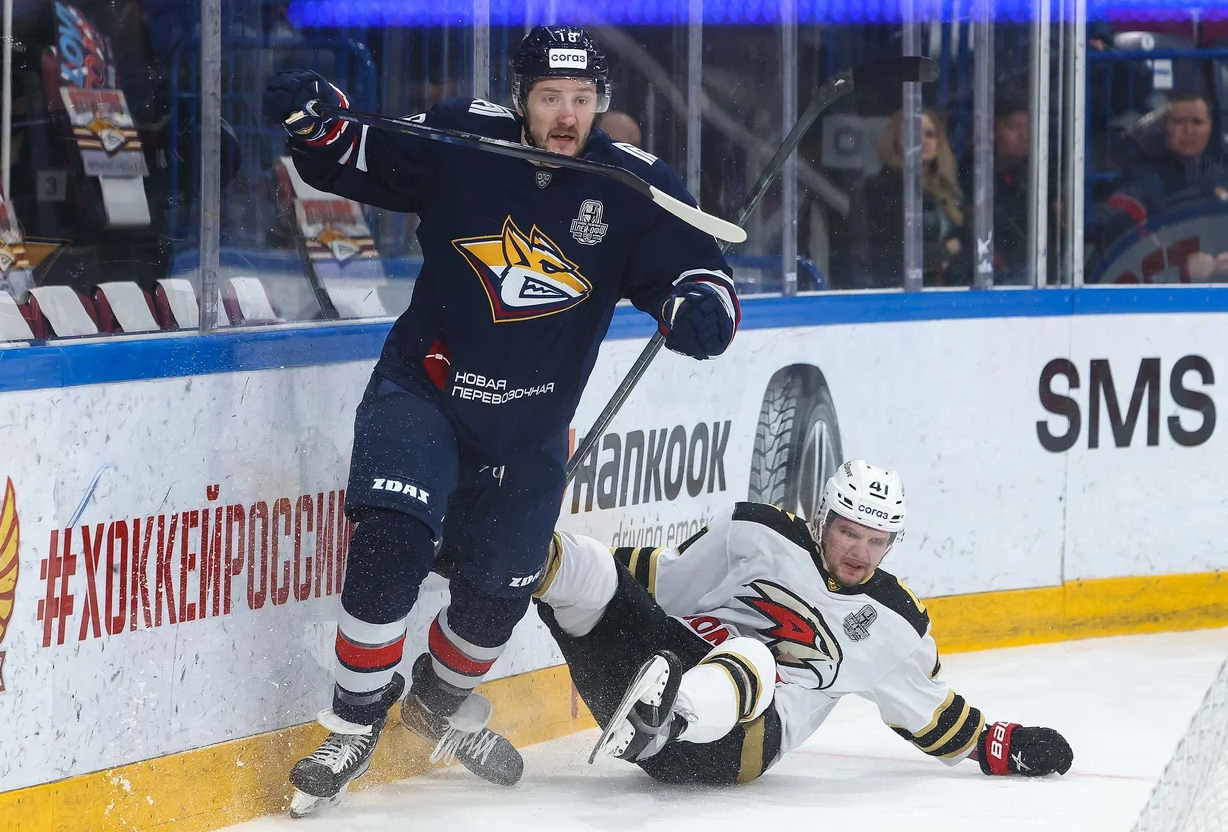 Magnitka was close to extending its lead midway through the session when Brendan Leipsic redirected a Philippe Maillet shot against the piping, but Avangard began to get more of a grip on the game. A power play handed the visitor its best chance to tie the scores, and Corban Knight almost found the net when he surged down the right-hand channel and attempted to launch a backhand effort that ultimately failed to trouble Vasily Koshechkin.

After surviving that scare, Metallurg increased its lead just before the intermission with Maillet getting the goal. Leipsic got the puck out of the corner for Grigory Dronov to shoot and, after a battle for possession, Maillet found space to convert Yegor Korobkin’s feed. Metallurg’s Canadian forwards had played a big part in their team’s fightback from 0-2 down in this series, and fittingly it was Josh Currie who added a third goal shortly after the intermission. He won possession in center ice, released Leipsic in front of the net and followed up to take advantage after Hrubec failed to deal with the rebound. The Czech goalie, so reliable for much of this year’s playoffs, will be keen to forget that moment; Currie, grabbing a chance that should never have arisen, was gleeful as his goal pushed the Hawks to the brink of elimination.

The defending champion responded by taking the game to Metallurg. Bob Hartley’s team enjoyed the lion’s share of possession in the middle stanza and was quick to fire pucks towards Koshechkin’s net whenever possible. However, quantity was not matched by quality – too many efforts went harmlessly past the target and the veteran Magnitka goalie dealt with the rest. 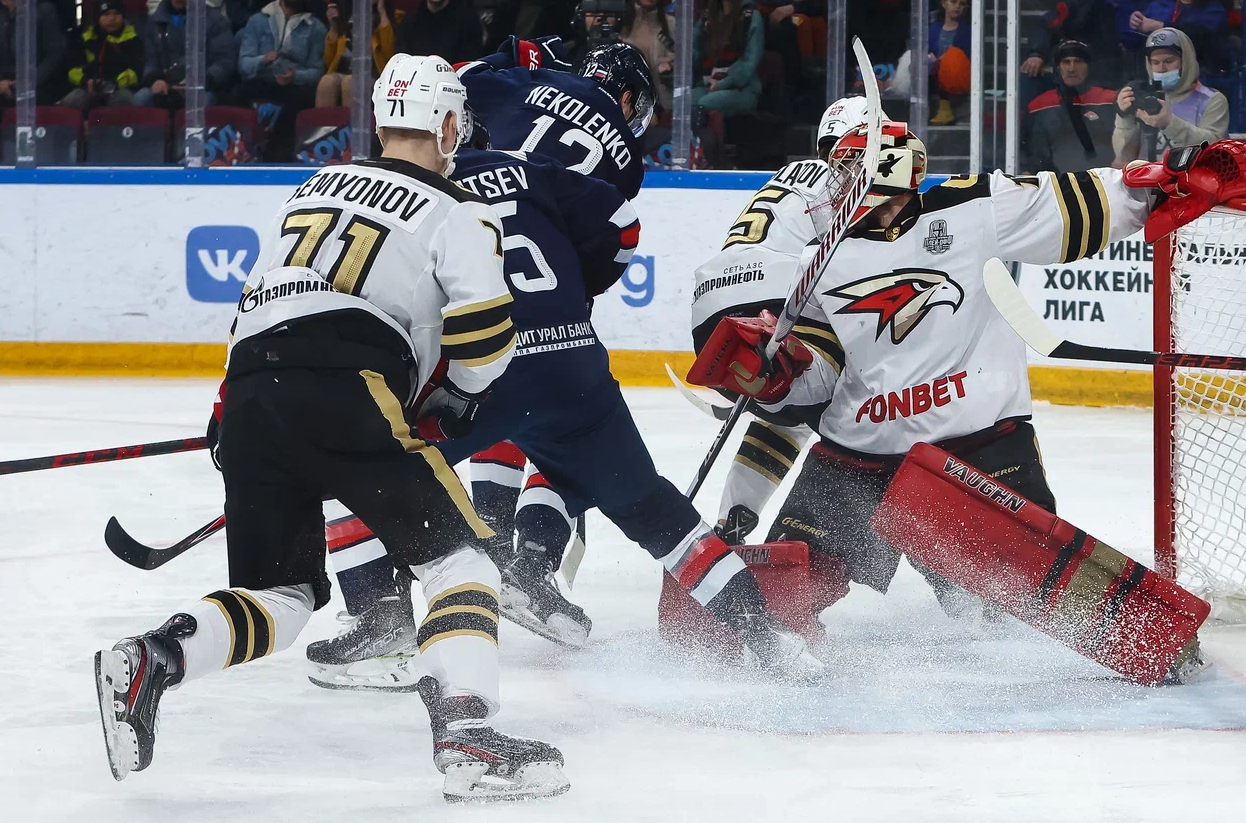 There was still some hard work for Metallurg to do on defense and Alexei Maklyukov led the way, throwing himself in front of a shot from Arseny Gritsyuk and taking a puck to the grill for his troubles. After a few moments, Maklyukov had to be helped from the ice. That incident, in the 46th minute, came with Hrubec out of the Avangard net as Hartley tried to force a de facto power play after roughing calls on Pavel Dedunov and Linus Hultstrom.

Hrubec was back on the bench with five minutes to play as Avangard gambled everything to try to salvage the game and prolong its title defense. However, there was no way through as Koshechkin made a series of saves. And in the final moments Dronov’s empty-netter wrapped up the game and the series as Metallurg advances to this season’s last four.