The hundredth shutout by Vasily Koshechkin

Throughout the history of Russian hockey, no one has yet managed to win back 100 times in the national championships. Last Sunday it was done by Vasily Koshechkin.

One of the main (if not the most important) statistical events of the current hockey season in Russia took place on last Sunday. And its author was Vasily Koshechkin. In truth, two things happened: after going on the ice, Koshechkin became the first goalkeeper to play 500 matches for one team. His predecessors in the list of record holders were Vladislav Tretyak (CSKA, 478 matches), and later Yuri Shundrov (Sokol, 495). And when the final siren sounded, Koshechkin got to the incredible indicator of “clean sheets” in the national championships - a hundredth of them! Alexander Eremenko, who is the second in this indicator, has 94 so far, which is also a worthy indicator, but so far, not three-digit. 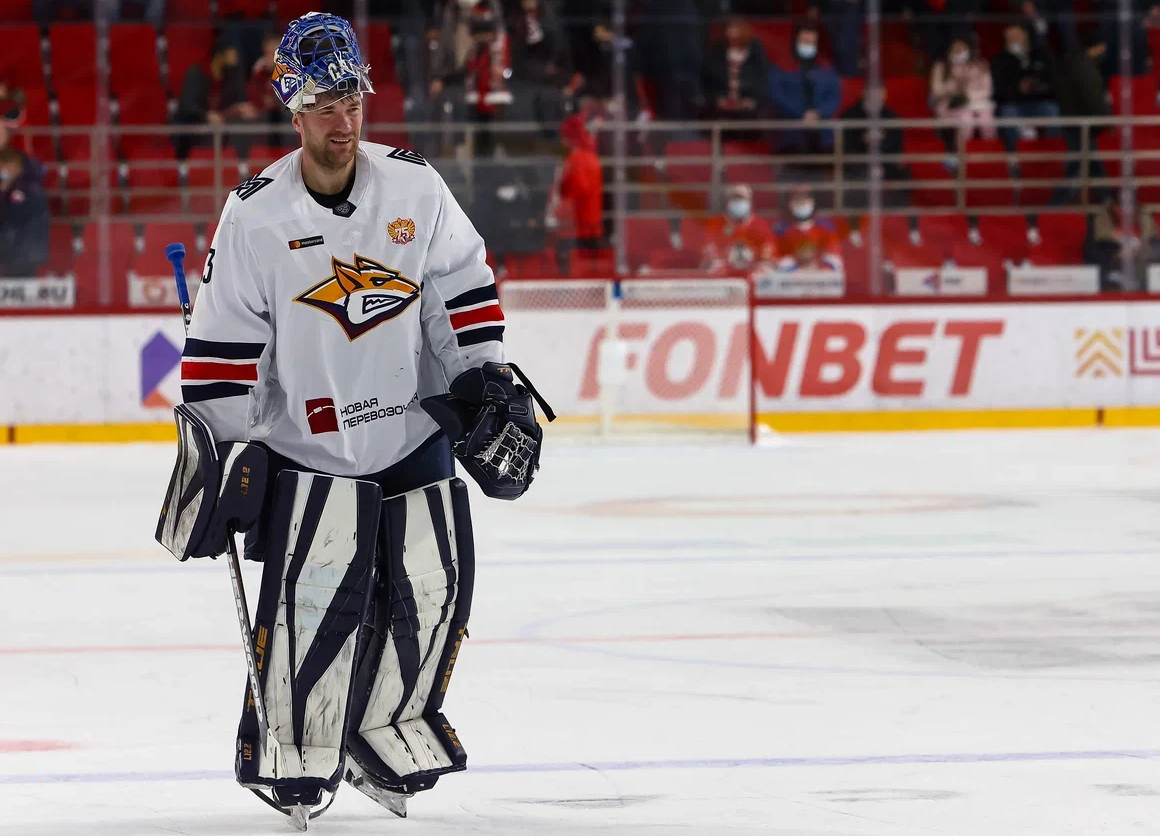 Koshechkin made his debut in big hockey on September 15, 2003 in Lada's home game with Lokomotiv. On that day, they lost 0: 2 when Vasily missed the first goal in the sixth minute from Ivan Tkachenko. Meanwhile, the coach of Lada, who revealed Vasily and prepared him for the start of a big hockey life, was Pyotr Ilyich Vorobyov. Koshechkin first tasted ice and victories at the age of 20. During his nineteen-year career, he played for four teams:

At the time of November 22, 2021, Metallurg’s goalkeeper played 836 matches in total, of which 792 times was in the starting lineup. Vasily still holds the record for the number of shutout games in the Russian championships in three out of four teams for which he ever played. He surpassed Mike Fountin (25) in Lada, in Severstal - Viktor Chistov (14), in Metallurg - Travis Scott (26).

Vasily played his first match “to zero” on October 12, 2005. This was his seventh game in the starting lineup. "Lada", which continued to be under the training of Pyotr Vorobyov, beat HC MVD with a score of 2: 0. An interesting touch: in that match, along with Koshechkin played his current mentor and coach Ilya Petrovich Vorobyov, who personally saw both: the first and the hundredth shutout of Vasily. Koshechkin was 22 years old and 199 days old on that day. Only in three seasons (the very first two, and an unsuccessful one in Ak Bars) Koshechkin did not manage to get hold of unquestioning victories with a zero score against the opposing teams. And the most fruitful season was in 2013/2014, when his piggy bank of achievements was replenished with 11 victories "to zero", as well as the first Gagarin Cup.

Moreover, Twice Koshechkin was deprived of practically guaranteed shutouts. On October 27, 2008, with the score 5:0, he was replaced on 56 minutes by Yegor Podomatskiy (Dynamo Riga - Lada, the final score was 0:6). And on October 23, 2019, in the meeting “Metallurg - Ak Bars” Vasily was replaced by Stanislav Galimov during the game for one minute and 28 seconds. Although in the end Metallurg won with a score of 1:0 in the series of shots, according to formal criteria, the game could not be scored as shutout. But that's not all. In six games with Vasily's participation, his team did not concede goals until the last minute, but ...

* - after the goal Koshechkin was replaced by an additional field player, and after that Sergey Brylin also scored into an empty net

There are also such troubles in the life of a goalkeeper ...

One hundred clean sheets are almost equally split into two comparable groups - 51 at home and 49 away game. Most often, Koshechkin played “zero” against “Ak Bars” (10), “Avtomobilist” (9), “Salavat Yulaev” (8), “Avangard” (7), “Atlant” and “Siberia” (5 each) , summing up, he did not allow the players of 28 teams to score in 60 minutes. Of those who play in the current championship, Admiral (15 matches), Kunlun and Jokerit (11 each) have never lost to Vasily “to zero”. We have yet to play with the last two teams in this season, which means that it will be possible to close these gelstates. These numbers are absolute, but the averages are more objective, and the picture is slightly different. Among the teams against which Koshechkin played “zero” at least two times, the most convenient for him are HC MVD (on average one clean sheets per 2.67 matches), Medvescak (one to three games) and Avtomobilist (one in 4.33). While inconvenient one - apart from Admiral, Jokerit and Kunlun - Neftekhimik (one to 15.5), CSKA (one to 14.33) and Torpedo (one to 14).

Vasily dried his hundredth shutout at the age of 38 years and 239 days. But this is not counting as an age record - after all, Andrei Mezin, Alexander Eremenko and Dominik Hasek were able to play "zero", being older than Koshechkin for a year, three, and even for the seven years. The main advantages of a goalkeeper are not the speed of movement, but experience, reading the game, the speed of thought and a lot of factors that manifest and upgrade themselves with age. All of them are available from our record holder. Thus, we are waiting for the growth of achievements, and for Koshechkin we wish more health without injuries. He will still play!