On January 7, Metallurg won the seven hundredth victory on home ice in the highest echelon of Russian hockey, beating Lokomotiv with a score of 3:1.

Metallurg approached the next anniversary milestone with the following figures: 587 home victories in the regular championships and 113 in the playoffs.

On September 12, 1992, Metallurg won their first home game at the highest level, defeating Salavat Yulaev with the score 5:3 in a highly effective match. The game was very stubborn, the final turning point in it came in the 49th minute, when Sergey Mogilnikov took the hosts ahead for the third time - 4:3. The final result in the 58th minute was drawn up by Igor Knyazev. In addition, Dmitry Filippov, Sergey Osipov and Yuri Shpigalo scored goals in that match with the hosts.

It took Metallurg more than five years to reach the hundredth home victory. On September 17, 1997, the Permian Molot-Prikamye was beaten - 3:1. On the quick goal of Sergei Gomolyako in the 6th minute, the guests responded with Zelenchev's puck on the 27th minute. A couple of minutes before the second break, Alexander Golts took the lead from Magnitogorsk, and in the 52nd minute Andrey Petrakov secured the success.

"Metallurg" began to win at home more frequently in succeeding years, and thus celebrated their 200th triumph during the Olympic time. Severstal from Cherepovets was also defeated 3: 1 on October 14, 2001. Only this time the residents of Magnitogorsk made the result in the first period. Gladskikh's shots in the 5th minute and Khaceya in the 18th made a significant start - 2:0. True, in the 25th minute Pavel Torgaev introduced a small intrigue into the game in the majority, which vanished by the 29th minute thanks to the exact fall of Alexander Koreshkov - 3:1

Metallurg won their 300th home game against Siberia on October 30, 2005, with a score of 4: 2. It was yet another regular-season contest in the Super League. The opponent, on the other hand, put up a strong resistance in the opening period. Thanks to the shot of Akimov and Khasanov, the guests took the lead 2: 1 (Arekaev scored against the hosts). However, already in the 25th minute of the second period, Metallurg took the lead 3: 2 (the goals of Gladskikh and Kudermetov were separated by 73 seconds). Ruslan Nurtdinov put a spectacular point on the 57th minute in the majority.

Metallurg welcomed Traktor on their ice on September 24, 2009, and won the anniversary match by a score of 4: 2 for the second year in a row. Perhaps this was the easiest victory, because during the match the hosts were leading “3: 0”. Chistov's quick goal in the 4th minute did not entail further rapid development. The next score had to wait a very long time - in the 38th minute Evgeny Varlamov doubled the result, and after 14 seconds Igor Radulov got the right to a bullet and converted it - 3: 0. Then, seven (!) seconds later, Dazhene closed the gap - 3: 1. Thus, 3 goals were scored in 21 seconds! At the 50th minute, Popov returned the intrigue, which remained until the very end. The result was summed up by Denis Khlystov, who hit the empty net with 9 seconds left.

On January 5, 2014, Metallurg scored their five hundredth home victory, beating their future rival in the Gagarin Cup final 4: 2. Thanks to Ridderwall's double, Lev won after two periods - 2: 1. However, in the third period the hosts were able to catch up quite quickly - before the 50th minute they evened the score: Brent at 42nd, and also Ibragimov at 49th turned the tide of the game - 3: 2. The fourth goal was scored by the legendary Sergei Mozyakin.

On March 24, 2017, Metallurg hosted Ak Bars in the first match of the Eastern Conference final, having achieved a 2: 1 victory in the second overtime. It took the inhabitants of Magnitogorsk a little more than three years to win a hundred more victories at home, and for the first time, the jubilee home victory was so significant for the hosts since it occurred during the Gagarin Cup playoffs. 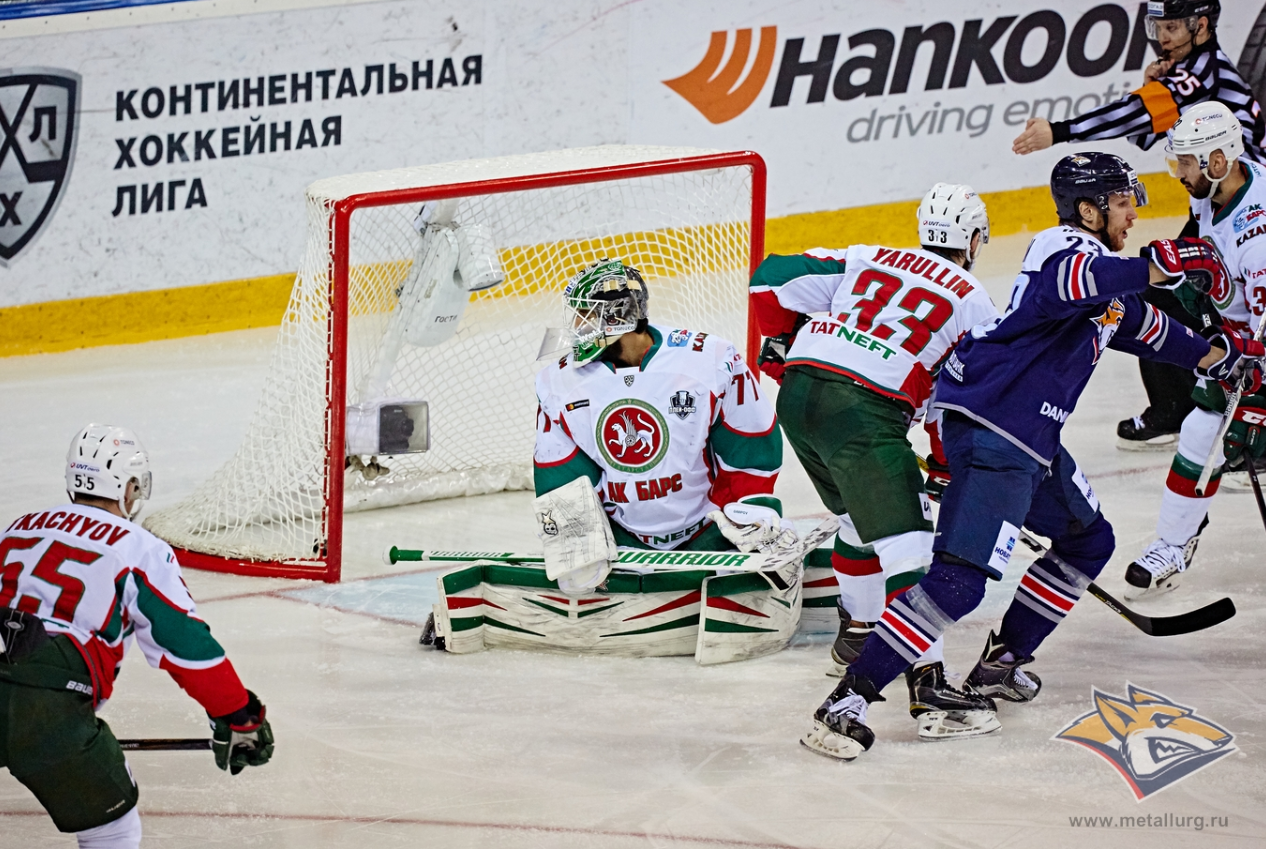 On January 7, 2022, Metallurg played their first home match in the New year, and they managed to survive in the game against Lokomotiv. In the first period, the team of Ilya Vorobyov managed to quickly turn the tide in their favor. The goal missed in the 3rd minute did not bother the hosts. The residents of the Urals quickly found the keys to Isaev's gate. And the majority helped them in this. Throwing in three goals in the first period, in the remaining 40 minutes Magnitogorsk successfully held back the opponent's onslaught. Juho Olkinuora saved 46 shots, repeating his personal best in the KHL. As a result, the final score was 3: 1. There is a seven hundredth victory on home ice! 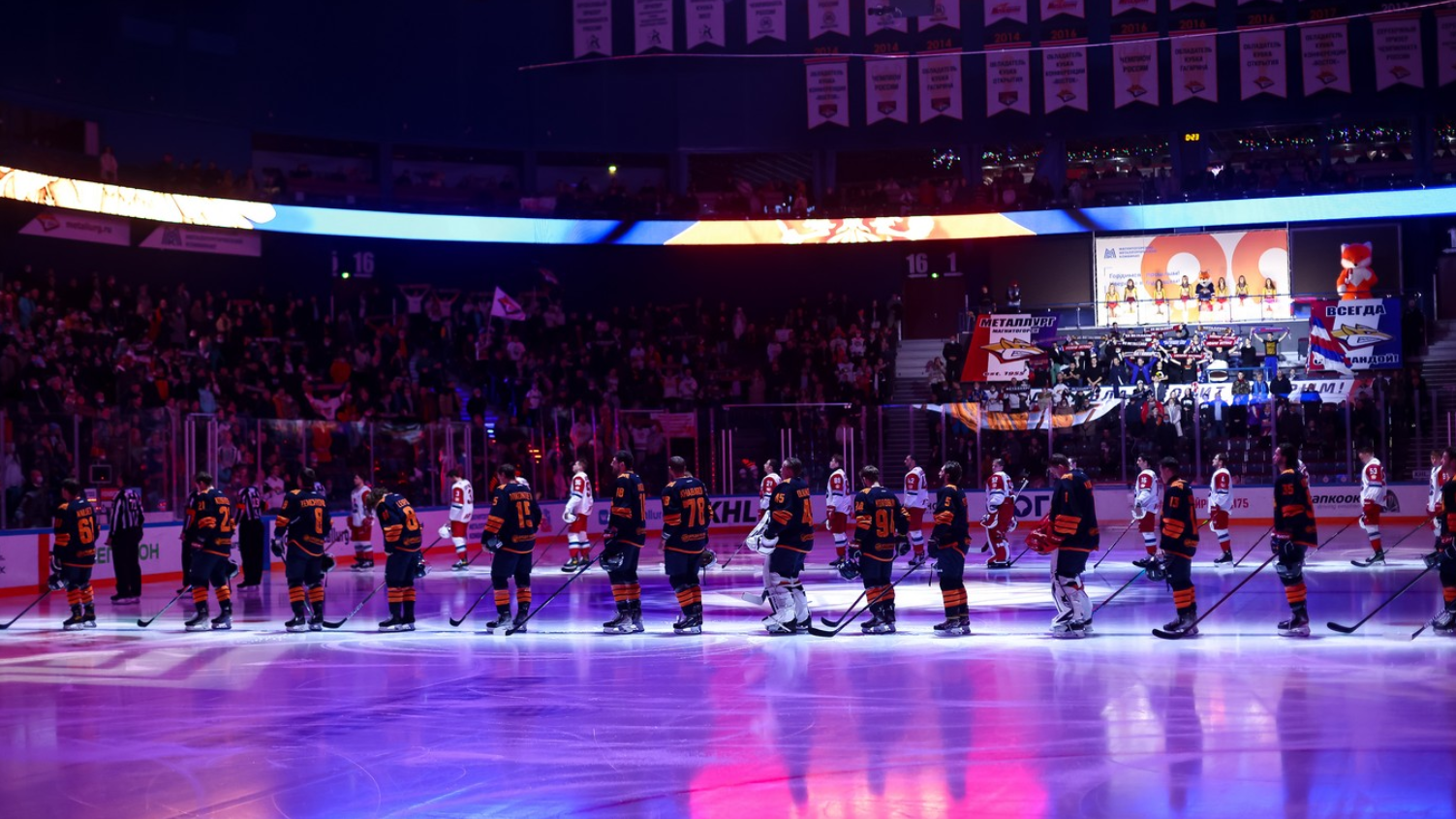 1000 victories of Metallurg in the regular championships

of Russia and the KHL

On January 3, in a duel against Salavat Yulaev, Metallurg Magnitogorsk won the 1,000th (thousandth) victory in the regular championships of Russia and the KHL.

This event took place in Metallurg's 1581st game in the country's regular championships.

The 100th victory in the regular season was won at home on October 29, 1995, by beating Siberia with a score of 5: 4. In that famous match, Sergei Osipov scored a victory thirteen seconds before the end of main game time. By the 55th minute, the hosts were losing 3: 4, but managed to find the strength to score two goals in the 58th and 60th minutes.

On January 19, 1999, the 200th victory was achieved in Voskresensk. Magnitogorsk won by a score of 4 : 1. Mikhail Borodulin, the Urals' captain, scored 29 penalty minutes.

The 300th victory was won over Lada on October 8, 2002 in Magnitogorsk. Valery Karpov scored the winning goal in the 56th minute.

The residents of Magnitogorsk celebrated their 400th victory in the match against Lokomotiv Yaroslavl at home on September 29, 2005, beating the Volzhans with a score of 3: 0. Travis Scott defended all 27 shots. Ruslan Nurtdinov spent the second goal in the minority.

Metallurg’s “Foxes” celebrated their five hundredth victory in the regular season on January 28, 2008, beating Severstal in Magnitogorsk with a score of 4: 0. Once again, Travis Scott played to zero, reflecting 16 shots. Yaroslav Kudrna made the fastest double in the history of Magnitogorsk hockey, scoring two goals in the 25th minute with an interval of 44 seconds.

On October 27, 2010, the 600th victory was achieved against Spartak at home. Magnitogorsk won by a score of 4 to 3. Dominik Hasek guarded the red-and-white goal in that game, saving 24 shots.

For the seven hundredth time in the regular season, Metallurg won at home on January 3, 2014, beating Slovan 6-2. It was the benefit performance of Jan Kovar's trio (the Czech scored 2 goals and made 2 assists). Danis Zaripov scored 4 (1 + 3) points, Sergey Mozyakin 2 (1 + 1) points. By the 34th minute, the Urals were already leading 6: 0.

On October 6, 2016, Metallurg defeated Traktor with 4: 3 to win the 800th regular season. Magnitogorsk citizens did not have an easy time achieving this feat. The opponents grabbed a 2-0 lead in the opening period, scoring in both the majority and minority. In the second period, Ilya Samsonov, who started the game, was replaced by Vasily Koshechkin. The hosts managed to equalize and come out ahead, but the Chelyabinsk players won back in the 56th minute. The denouement came 52 seconds before the end of regulation time - the victory was brought by an accurate shot by Chris Lee. 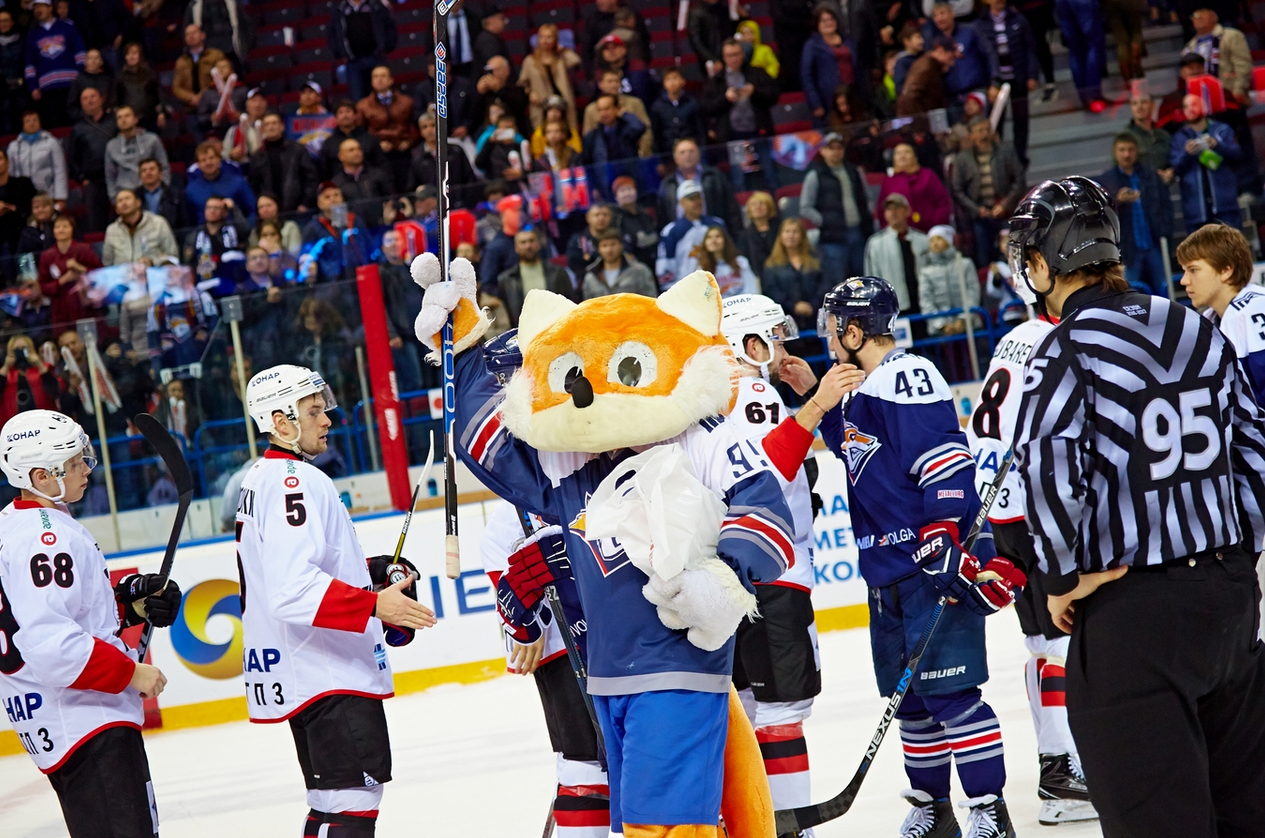 On February 16, 2019, Metallurg celebrated its 900th victory in Nizhnekamsk. Magnitogorsk came out on top with a 4-0 victory. It was one of their jubilee victories that was rather simple. Vasily Koshechkin, on the other hand, had a lot of work to do. He made 35 saves.

The residents of Magnitogorsk won the thousandth victory in Ufa. In almost 30-year history, Metallurg won the first time in Ufa in overtime in the regular championships. The winning goal was scored by Philippe Maye.