The two-time Gagarin Cup winner, 2018 Olympic Champion and two-time World Champion is hanging up his skates at the age of 40. Mozyakin is the KHL’s record scorer, with 928 (419+509) points from 842 games. Only defenseman Evgeny Biryukov has more games in the league, currently on 843.

In the KHL, Mozyakin played for Atlant, reaching the 2011 Gagarin Cup final before joining Metallurg. He remained in Magnitogorsk until the end of his career. In addition to the trophies he won, he also featured in every All-Star Game in the KHL era and led the league in scoring on six occasions. Last season, he also achieved a long-held personal ambition when he played a shift of a KHL game alongside his son, Andrei. 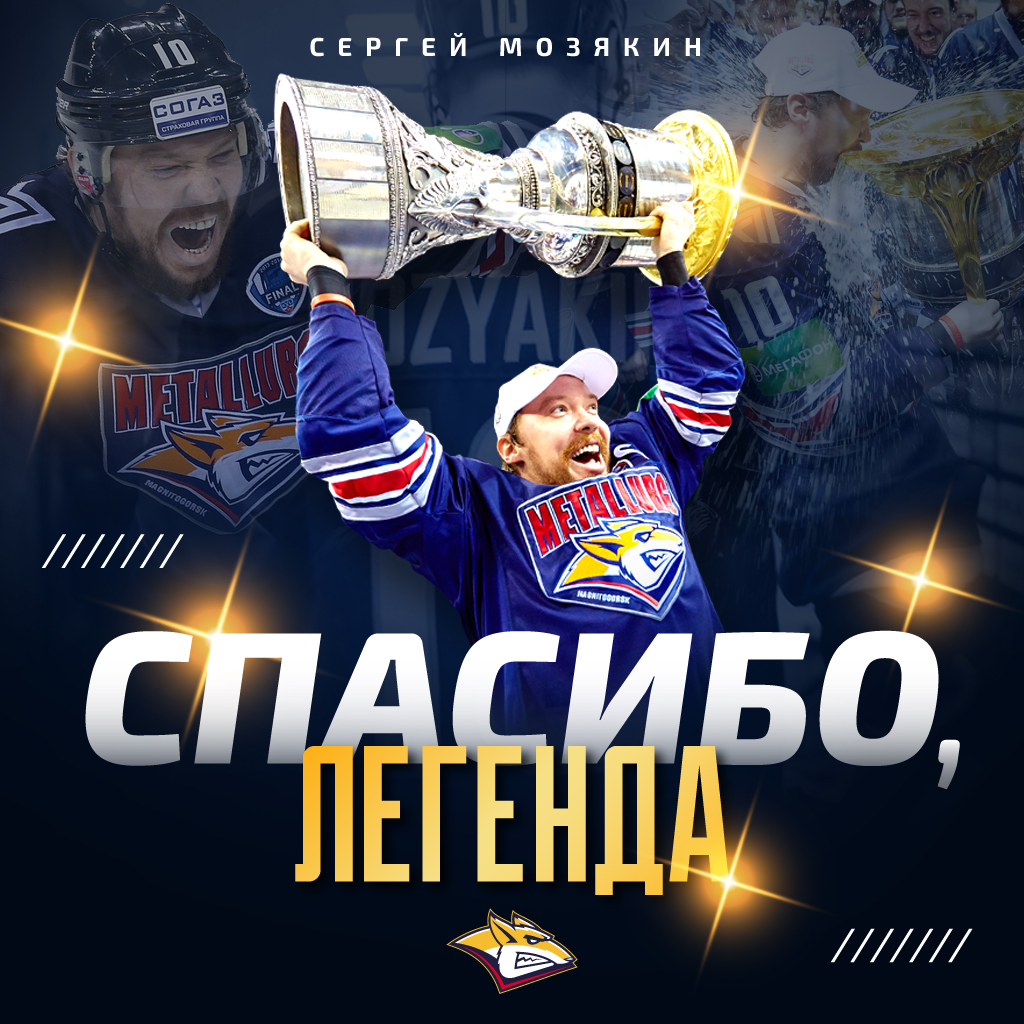