Avangard began the game at a high tempo and had a couple of decent chances even before opening the scoring in the fifth minute. Sergei Tolchinsky moved back to the front in the playoff scoring race when he raced onto a long pass from Denis Zernov and wired a wrister beyond Vasily Koshechkin. The visitor could have added to that lead before the first intermission. Oliwer Kaski and Pavel Dedunov both hit the piping, Yegor Chinakhov fired narrowly wide at the back door. At the other end, it took time for Metallurg to get its offense to fire, but late in the frame Simon Hrubec produced some big stops to deny Sergei Mozyakin and Nikolai Goldobin.

Metallurg took heart from its strong finish to the first period and managed to tie the game in the second. Semyon Koshelev snaffled a loose puck in the Avangard zone and fed Maxim Karpov beside the net. The home forward squeezed in a shot off the back of Hrubec and into the net to revive Magnitka’s hopes of prolonging the series. Koshelev, a former Avangard player, earned his 100th KHL point with his assist. 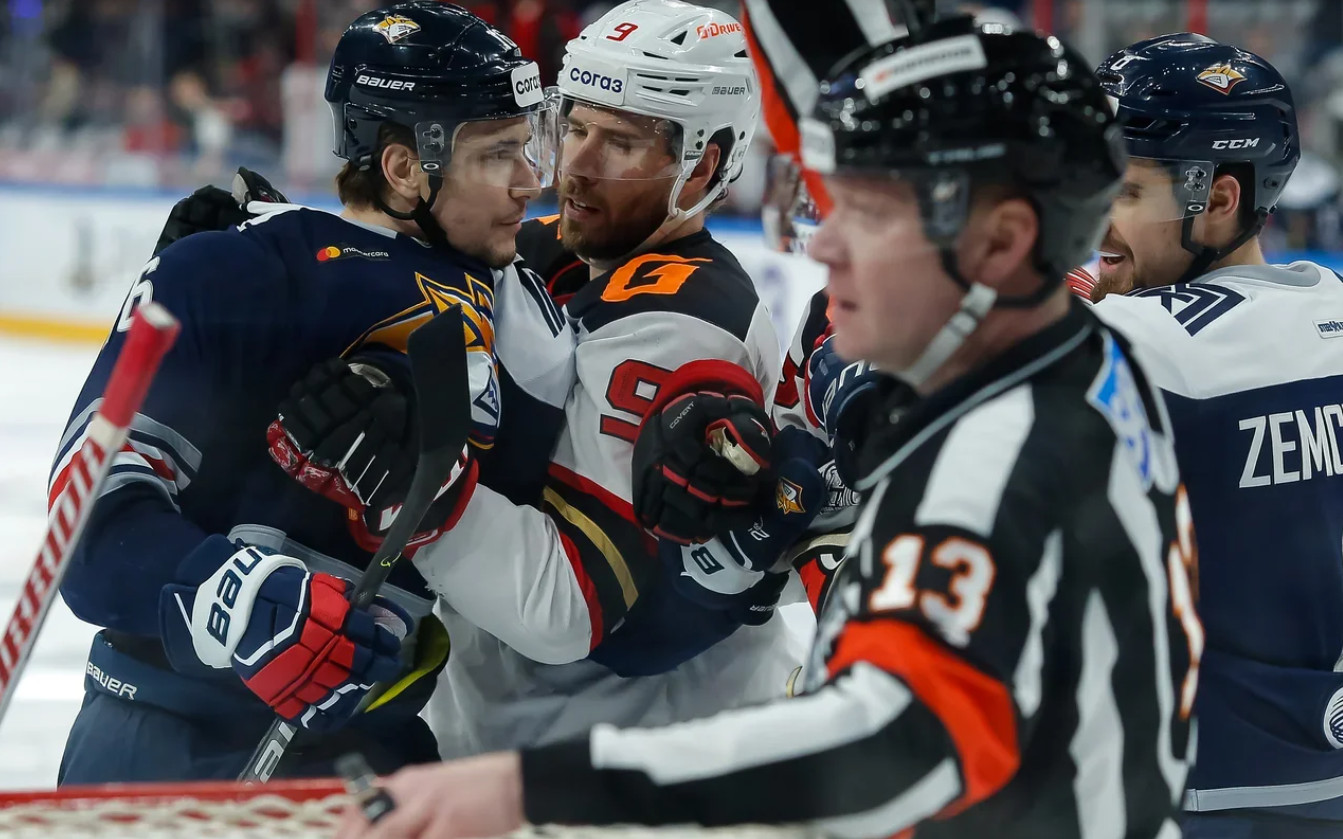 However, the game took a decisive turn midway through the second period. It started with a penalty on Sergei Plotnikov, which gave Avangard the chance to build up the pressure on Koshechkin’s net. The Hawks duly set up camp in Metallurg territory and got their reward when Chinakhov scored with his second attempt from the right-hand circle. Fifteen seconds later, the visitor consolidated its lead. Alexei Bereglazov, who joined Avangard from Metallurg last summer, fired in a shot from the blue line. It cannoned back off the boards and Zernov won his battle on the slot to stuff the puck home from close range.

And home hopes were all but extinguished when Reid Boucher extended his productive streak with a short-handed goal after 36 minutes. The Canadian has a point from each of his playoff appearances to date and kept that sequence going when he collected Ville Pokka’s clearance in center ice and advanced to beat Koshechkin at the second attempt. Including the end of the regular season, Boucher has now picked up at least a point in 15 consecutive games. Koshechkin did not return for the third period. 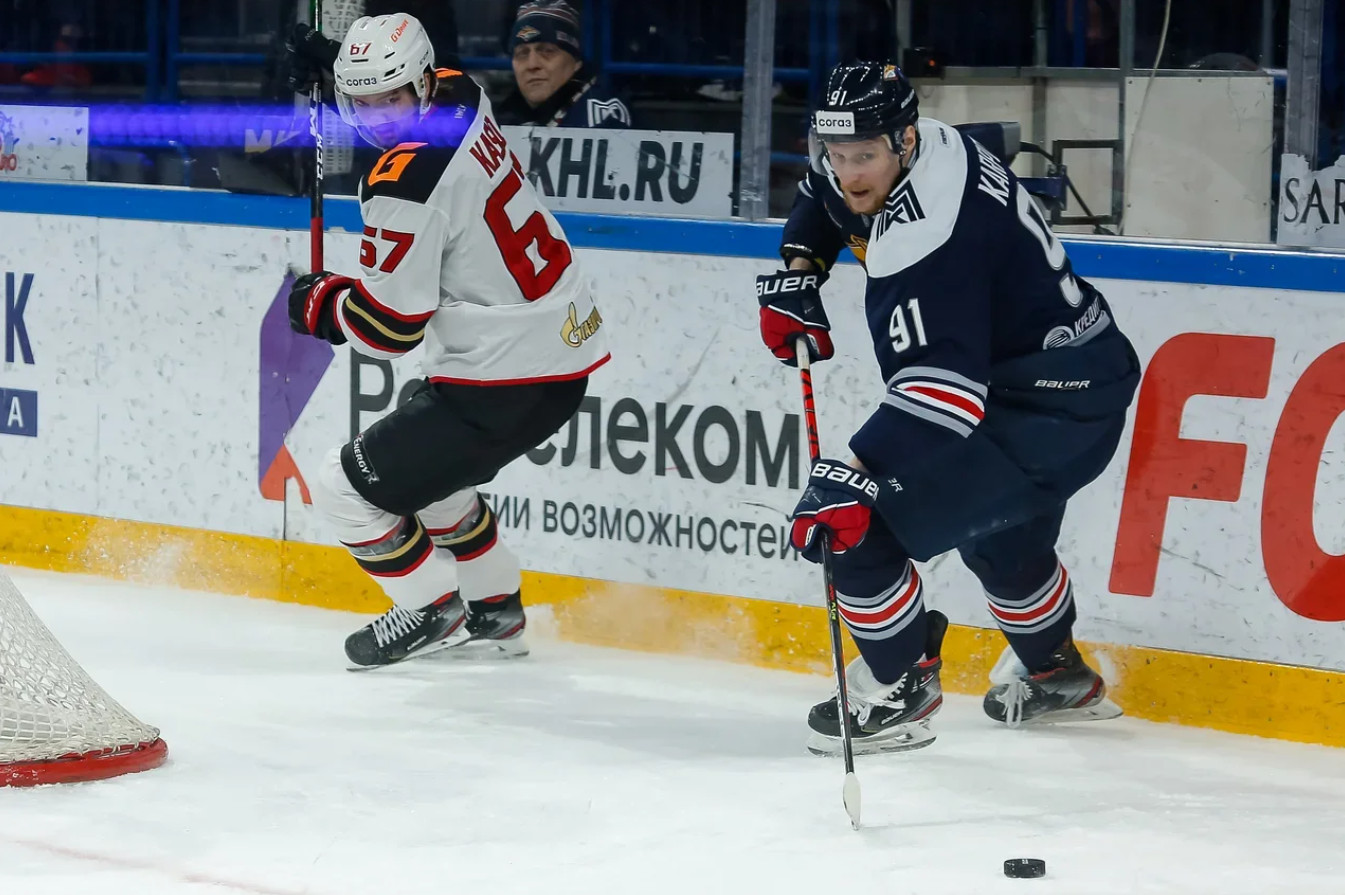 In that third stanza, Metallurg dominated the play but found Avangard’s defense in unyielding mood. There were long periods without a break in play, helping the visitor to run down the clock even as the Hawks struggled to get shots on Juho Olkinuora. However, there were relatively few clear-cut chances for the Steelmen to make inroads in the visitor’s lead. A penalty against Pokka saw Nikolai Prokhorkin fashion a good chance for himself, outwitting Alexei Emelin before losing out in a duel with Hrubec. And, midway through the session, Goldobin went close when he sped clear of the defense and looked to score on the wraparound, only to be denied by the Czech’s outstretched pad.

The final word went to Emelin, with Avangard’s captain slotting home a fifth late in the game to set the seal on a comfortable victory.