Today, it was Metallurg’s turn to shine. Ilya Vorobyov’s team looked badly off color in Monday’s 0-3 loss, but today it returned to the kind of form we saw in the opening game of this match-up. On that occasion, the Steelmen took control in the third period to win 5-2; this time, Magnitka seized the early initiative and never allowed the Hawks back into the game. By the final hooter, the home team had posted the biggest victory in this year’s playoffs, posting its second seven-goal showing of the post season.

After some early sparring, the home team opened the scoring in the seventh minute when Grigory Dronov fired the puck in from the left-hand boards and Denis Zernov inadvertently deflected it into his own net. Metallurg had a slight edge in the early exchanges, but Avangard threatened to tie the scores when Dronov took a minor for high sticks and there were chances for Reid Boucher, Ilya Kovalchuk and Alexander Khokhlachyov. However, once Magnitka killed that penalty, a foul by Klim Kostin gave the home power play its chance and Taylor Beck took advantage with a wrister from the right-hand circle. 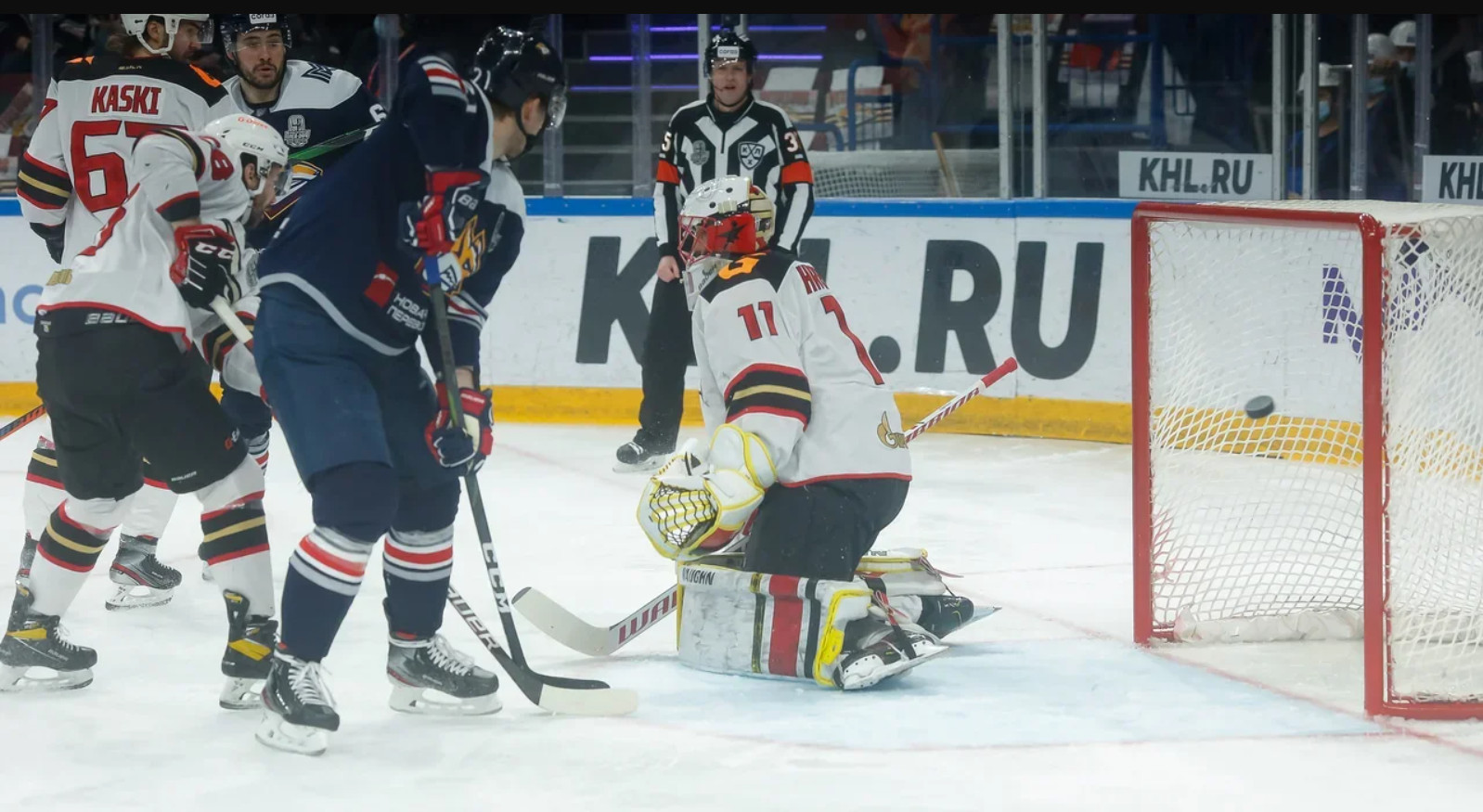 Avangard hit back almost immediately, with Kostin atoning for his earlier foul by scoring his first goal of the playoffs. The young forward profited from a fantastic pass by Boucher which bisected two defensemen before setting up a shooting chance. Boucher’s productive streak extends to 13 games.

However, hopes that Avangard might make this a springboard for a fightback were quashed in the second period. Once again, the Metallurg power play was on song, adding two more goals to take the game away from the visitor. First, Sergei Plotnikov made it 3-1 midway through the stanza when his one-timer beat Hrubec at the near post. Then, after Avangard killed a double minor against Khokhlachyov, Alexei Emelin went to the box and Dennis Rasmussen made it 4-1 when he poked home the rebound following a powerful Sergei Mozyakin shot. 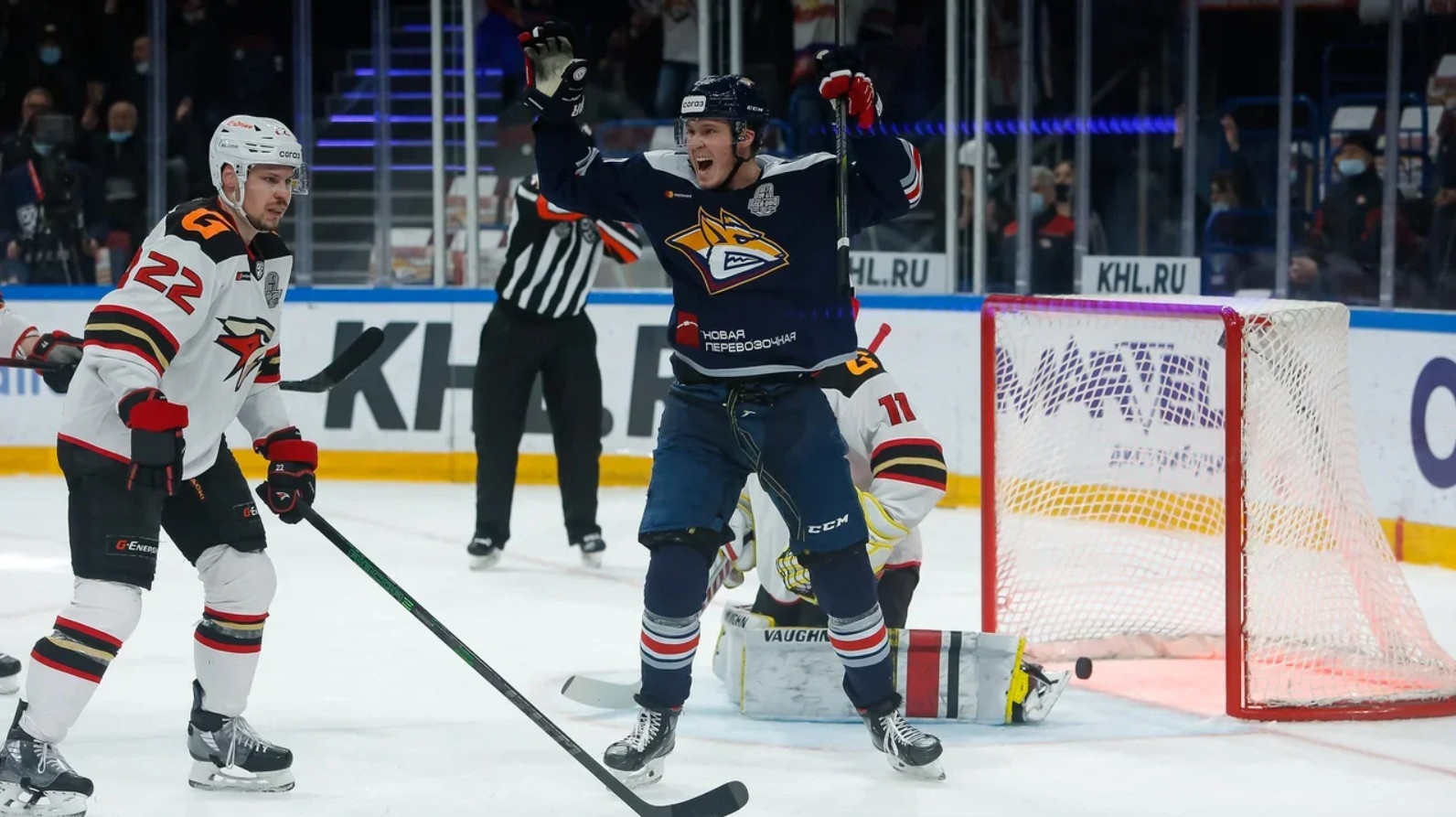 Igor Bobkov returned to the Avangard net for the third period, but there would be no way back for the Hawks. Bob Hartley’s team was unable to take advantage of a power play following Plotnikov’s 45th-minute foul and when the forward returned to the game he soon added his second goal of the game when he got on the end of a fine pass from Nikolai Prokhorkin to wrap up a swift counter attack.

And a good day for the home team got even better in the closing stages. First, 17-year-old forward Danila Yurov got his first ever KHL playoff goal when he fired the puck to the slot from beyond the goal line and saw his effort deflect off Bobkov’s back and into the net. Then Philip Holm compounded Avangard’s misery with a shorthanded goal two minutes before the end to complete a convincing victory. By that stage, Avangard’s fragmented discipline was also fraying fast; as the hooter sounded there were a series of minor tussles. However, even here, the visitor was unable to lay a serious blow on its opponent after a day to forget for the Hawks. 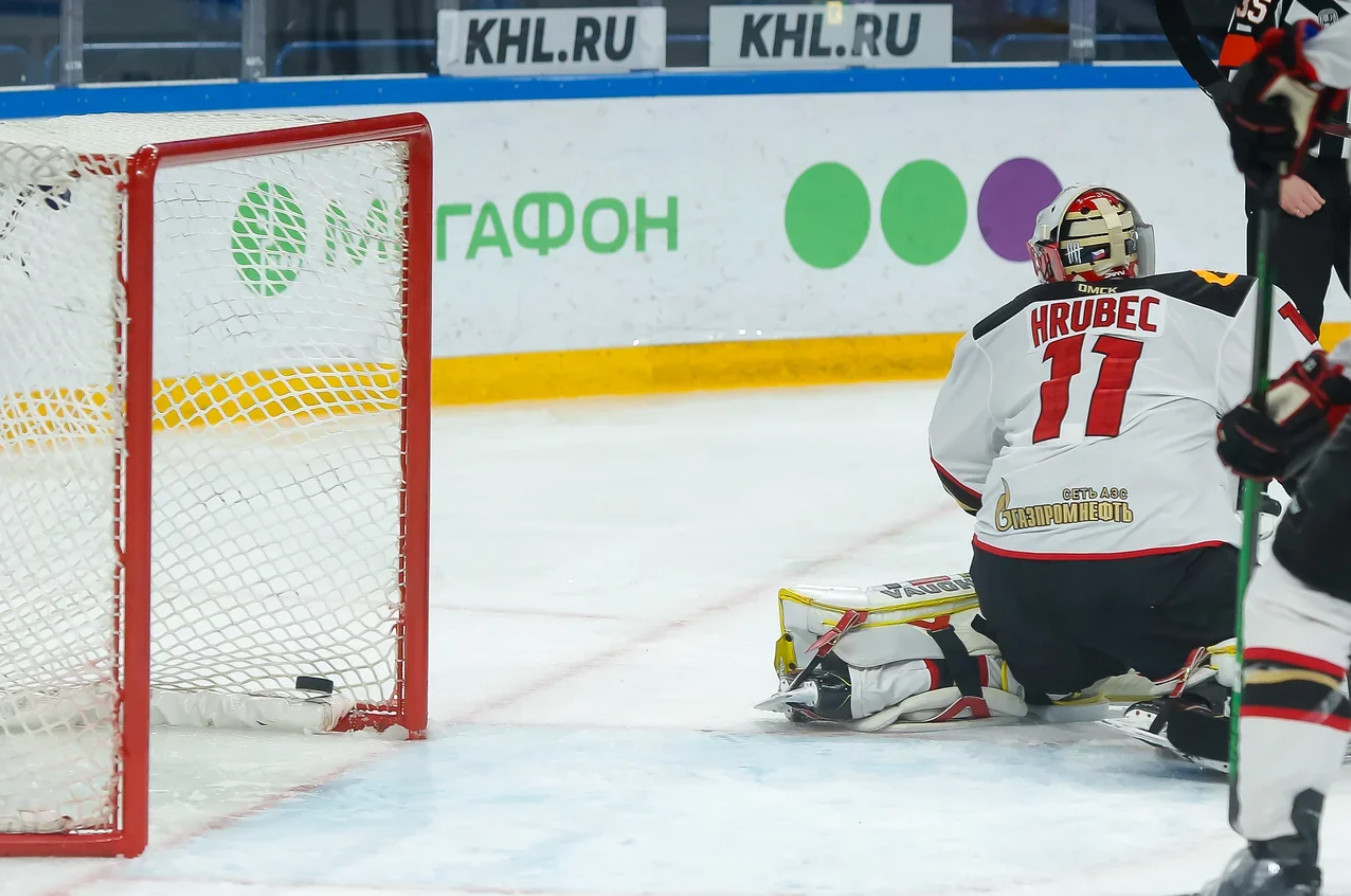 The teams return to Balashikha for game five on Friday. While the series is tied at 2-2, it remains to be seen how much of a psychological boost Metallurg will gain from such an emphatic victory in today’s game.